A downloadable game for Windows

A 2-player, 1-controller, co-op action game featuring a two headed caterpillar. Grab a friend and take control of a head each, because they need your help to survive!

Deep in the bushes of your garden, Plum and Turnip, a young two headed caterpillar longs for the day they can become a butterfly. But life is not easy, there are bugs everywhere who would love to snack on some caterpillar steak. But don’t be fooled, this caterpillar has some fight in it! Defeat those pesky insects and survive another day.

Twinsect is a 3d, co-op, action game set in a cozy Swedish garden. Play as Plum and Turnip, controlled individually by the left and right joysticks on the controller. Work together to survive against the hungry garden bugs by maneuvering, attacking, and making skillful use of the environment!

Twinsect is played with one controller. Each side corrseponds to each head. The joysticks are used for walking, and the bumpres and triggers are used for chomping and grabbing. 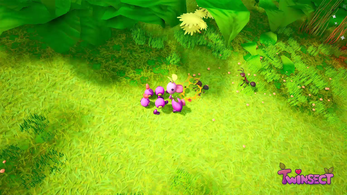 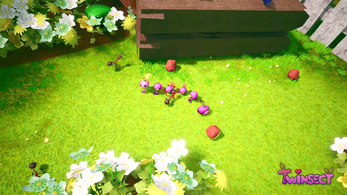 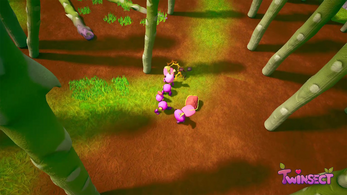 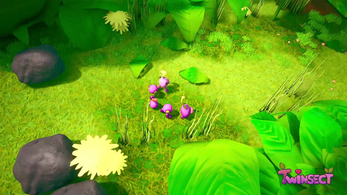 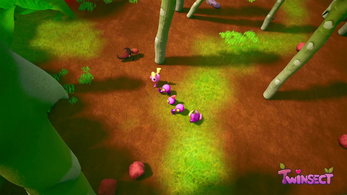